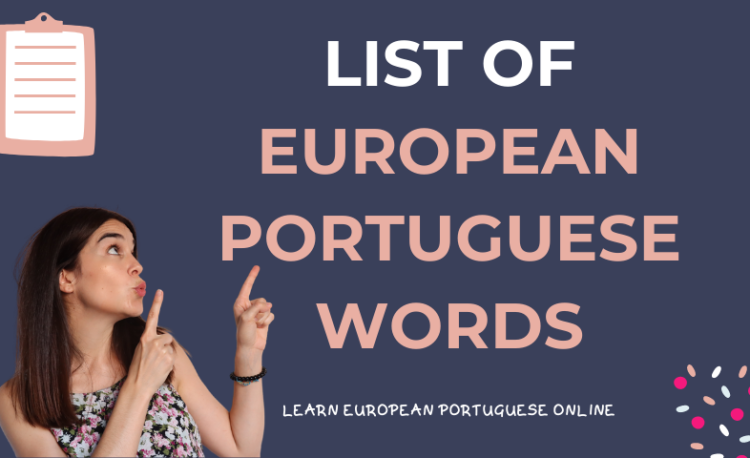 Today I am going to speak about some of my favourite words in my favourite language and for that I made a list of European Portuguese words. I will describe these words a bit and give you some information about them. Bare in mind, the definitions are my own and I didn’t take them from any dictionary. But what better thing than to hear the own interpretation of a native speaker, right? Besides I figured that if you wanted to have a definition from a dictionary, you would just go and check one yourself =) Take a look at it and enjoy!

Saudade – ” Saudade” is on the top of this list because it is a word almost exclusively Portuguese. Only the Portuguese, nostalgic as we are, could come up with a Noun to simbolize the “feeling of missing something or someone in a nostalgic kind of way”.

Nostalgia –  Following the previous word I cannot stop myself from showing another one which describes the Portuguese people so well. I guess there is no need to translate this one. Yes, Portuguese and English speakers use the same word with the same meaning, only reading it in a slightly different way (nosTALgia in English, while nostalGIa in Portuguese). However, I am to guess that if we were to record a Portuguese person speaking vs an English person speaking their entire lives, we would come to conclude that the Portuguese interactions would contain this word many more times. This is due to our culture and way of being. We are indeed, very nostalgic people and we tend to think of the past with a trace of melancholy and to often speak about it. It is not really sad, it is just the way we are.

Fado –  This is not only the name of our famous type of music (for more information on this search my following posts in the section “Culture”), but it also means “destiny with a somehow melancholic and perhaps tragic fate”. It is not a coincidence that so many of our “Fado” songs have the word “triste” associated with it.

=> Are you interested in the Portuguese Culture? Don’t miss my thoughts on it HERE <=

Triste – Just to give you a heads-up on what I meant before, this word means “sad”.

Desenrascar – Ok, enough with the sadness, melancholy and drama already! You know, we are also kind of cool and fun people and we also always try to see the bright side in life. Therefore, we invented this verb as a way of describing “the act of doing something in a crafty way to get out of a bad situation or a situation which, at first sight, is not convenient”. For example, if someone else comes to dinner and we were not expecting it, we will say “It’s ok, we will ‘desenrascar’ something for him to eat”, which means we will find something somewhere (even if it is the leftovers from three days ago which are at the end of the fridge prepared to go to the trash) for this person to eat. Hey, in a Portuguese table, there is always place for one more! This word can also apply for many other situations, but you have to know, a Portuguese person will always be capable of “desenrascar-se” (himself/herself) in the most crafty and sometimes funny and a bit dubious ways.

Espalhafatoso – This is an awesome adjective, just by the way it sounds. It is also magical concerning its meaning, which is “something or someone, which makes quite an impression in others by its explosive and sometimes too noticeable way of approaching things or of showing-off. Objects can also be “espalhafatosos”, like dresses, for example. You can say “Aquela mulher é tão espalhafatosa que trouxe um vestido todo espalhafatoso”, meaning “That woman is so espalhafatosa that she wore that espalhafatoso dress.” Not only is the lady “espalhafatosa”, but she also dresses a dress which is “espalhafatoso”. Isn’t it just amazing how this word sounds?

Preguiça – This word means “laziness” and I have one thing or two to say about this. I feel myself as a quite lazy person, and I hate that. Portuguese people, however, are in general not lazy at all, contrarily to what sometimes I have heard around. Just look at Switzerland, a country with a large percentage of Portuguese people who emigrated there in search for a better life….Portuguese make a really good impression there, since they are considered as very-hard working. Switzerland is a great (although small) country and I hope in my heart that my beloved compatriots have something to do with it.

Achincalhar – Here is another verb, which shows the richness of the Portuguese language. Achincalhar is the same as “making fun of or bothering another person, or making something just to make the other person feel small and insignificant. Sure, we could use much more conventional verbs that convey the same meaning, but this verb is just too good and “slangish” not to be learnt. If you want to hear someone using this, just click here, but I warn you…there will be bad words involved.

Giro – This word is an adjective and it is used to describe “someone or something which is extremely cute, interesting or sweet”. Seriously, we use it so many times I am sure I missed some of its meanings. We can say that a guy is “giro”, a story is “gira”, a piece of clothes is “giro/gira”, a curiosity is “giro”. You will hear us saying all the time “Ah, que giro!”. Be aware that in Brazilian Portuguese it has a complete different meaning, and it is normally used as “Vamos dar um giro.”, which is “Let’s go for a walk”, thus “giro” meaning “walk” in this case. In fact, we Portuguese also use it with that meaning sometimes.

=> Want to find out more about the differences between Brazilian vs European Portuguese? Click HERE <=

Tadinho – Ok, technically that is not a word in the dictionary, because the real word would be “Coitado”, meaning “Poor thing”.  However, in European Portuguese we love to use diminutives to speak about pretty much anything. Thus, we picked up the word “Coitado” and we add the diminutive “inho”, transforming it into “Coitadinho”. Not happy with this, though, we chop out the beginning of the word, transforming it into “Tadinho”. It still means “poor thing or poor one”, but used this way it has such a much deeper meaning. We can use it when some tragedy strikes, when we see someone who had a misfortune but we also will use it to speak about some small animal or child, who is too cute to be true or that just did some very nice thing or that is just sound asleep. Like, we look at the child, she is sound asleep and we feel a warmth looking at her cause she is so cute and it is just too cute to contain inside without saying anything, so the best thing we have is “Oh, tadinha!”. We just overuse this word. Dude, we really overuse it! 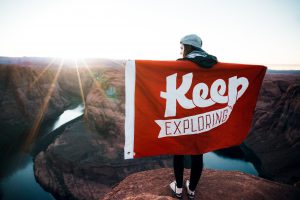 I hope these words will make you understand a little bit more of the Portuguese language. I know it was great fun for me to write about them and I hope you have as much fun reading it. I will be posting more Portuguese fun words in the future, so don’t be a stranger. Come by and leave your comments. Is there any specific European Portuguese word you would like to see addressed?

Study at your own pace, pause, rewind and watch it again as many times as you want. No risk – try it out for 30 days and if you are not happy with the course you will get your money back, no questions asked.