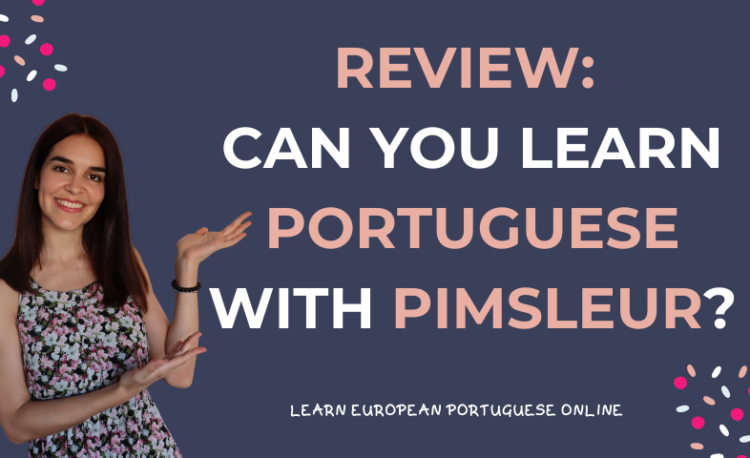 In today’s post, I will write a review about Pimsleur as a learning tool for European Portuguese (and other languages).

As I have previously mentioned in some other posts I have written, there are many ways to learn a language and many tools that can be used to fit our learning needs. Some people like the rigid structure of a grammar book, some people find it easier to learn “on the go” and some prefer a mix of these two things.

Well, if you are a learner that enjoys a bit of variation, and prefers to do other things other than just stick to a grammar book (no problem if you are not, though, everyone has their own method), you might enjoy Pimsleur.

The story of the Pimsleur Language Course

Established by a professor, Dr. Paul Pimsleur, this program was developed by this gentleman more than 50 years ago. At that time Dr. Pimsleur believed that it was of extreme importance to develop a course, which would allow students of a certain language to self-instruct by listening to audios of said language, at their own pace. This opinion came from years of study and research and by 1962, Dr. Paul Pimsleur decided to go forward with his plans of developing such a course. 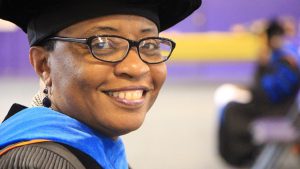 The first language to be recorded was modern Greek, followed by French, Spanish and German. However, Dr. Pimsleur had to recruit the help of some other professionals to being able to commercialise his tapes. That happened around 1980 and after Dr. Pimsleur death in 1976, Simon & Schuster were the sole distributors of the audio-visual courses.

First as reel-to-reel tapes, then as cassettes, then CDs and finally as digital downloads in 2005, Pimsleur courses have come a long way and many students have been satisfied with it.

Up until today, more than 50 languages and courses have been recorded, being one of them Pimsleur European Portuguese.

What are the Pimsleur Language Courses all about

Pimsleur courses are based on Dr. Pimsleur research about memory and how learners will benefit by taking in information at optimal intervals of time. He discovered that the learning process was more efficient if the students were given new words gradually. This theory was called optimal spacing for information and it is the scientific base for Pimsleur method.

How does it work

The Pimsleur method is based on audio-visual courses, which allow you to listen to them in a self-instruction way. Normally, they are divided by topics and they limit the amount of words and information, so that you do not get overwhelmed by too much of it and get off-track and unmotivated.

Pimsleur is also said to be a kind of organic learning, since they always wait for you to repeat what you have learnt and a kind of answer and response interaction is asked from you.

For example, you are learning how to say “Hello, how are you?” in European Portuguese. They will start by teaching you the sounds of that specific set of words. They normally do this from back to front, until you are able to say everything and to repeat every sound. It is a very slow process, so you do not need to be scared of it. 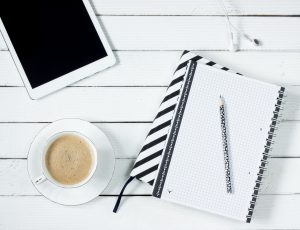 After you know all the sounds and meanings, you will be asked to learn “I am fine”, which in Portuguese is “Estou bem”. Then, after you have gone through the learning process of “Estou bem”, you can then have a semi-conversation with the help from the audio. They will ask you “Olá, como estás?” and you are expected to answer “Estou bem.”. This is supposed to grow your vocabulary and mastering of the language at an optimal learning pace, until you can have extensive conversations with very good pronunciation.

Therefore, Pimsleur focus its attention in repetition and learning of the sounds and even if it might seem quite old-fashioned for some, it has been proven to work. In fact, there is a new trend in linguistics and language learning, which tells us that repetition of sounds can actually help you learning a language faster.

Pros of the Pimsleur Method

As I previously mentioned, to some the Pimsleur Method can sound a bit out-of-date and boring.

While I see where you are coming from, if you are one of the people that shares that opinion, I also would like to assure you that Pimsleur can bring many benefits if you combine it with other methods.

As I said, there is a new trend and theory that believes we are learning and teaching languages backwards. The normal method at schools is to first teach how to write and read, leaving the understanding and production of the language to a later stage of the learning process.

However, think of when you were a baby. How did you learn your first language? Was it by learning how to write and how to know all the grammar rules of the language? Or did you first apprehended and started making sense of the sounds of your language, until you eventually started producing those same sounds?

Well, the new trend believes that understanding and production should, like in the learning of a first language, be brought forward to the beginning of the learning process. 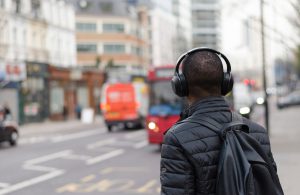 In this sense, I find that Pimsleur is really good, since it focuses its attention on the sounds and the production of the language. Grammar and structure are believed to come naturally with it.

Another interesting point is that Pimsleur is very portable, thus making it easy for you to learn anywhere at any time! Every audio chunk takes 30 minutes each, so you can even do it while commuting to work, working-out at the gym or in your lunch break. Cool, huh?

Some less positive points of the Pimsleur Method

As good as the method is, if you are a learner that likes to follow a grammar book and who prefers to first understand the language and see it in writing, then maybe you will find this method a bit tricky.

However, I recommend that you try it out and give it a go.

I think ideally, a mix of many methods is the perfect solution. Try to learn grammar and structure by following some books, while experimenting with other methods like Pimsleur. That is for me the perfect recipe for a fast and effective learning process.

Where to get your Pimsleur Course

You can find European Portuguese amongst the languages taught, as well as many other languages that you might want to cover.

=> Find courses for every other language and save up to 25 % off.

Hope you find this method as intuitive and helpful as I think it is! 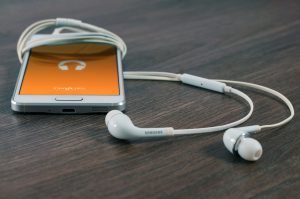 If you have tried the Pimsleur course and you have an opinion about it that you want to share, please leave it in the comments below. If you have any questions about it, be my guest and ask! I will try to answer as soon as I can.

I hope to see you around soon!