Home>Blog>Culture>HALLOWEEN in PORTUGAL | Is it even celebrated? 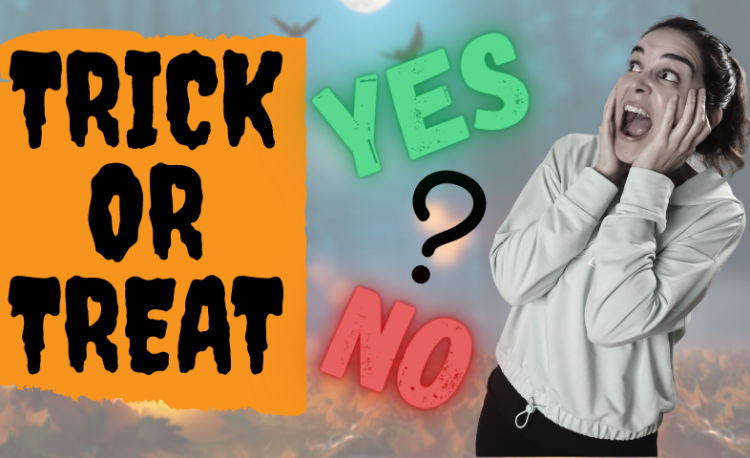 Halloween was not usually celebrated in Portugal, at least not when I was little. I didn’t dress up as a little witch to go from door to door yelling “Trick or Treat.”

However, with the influence of American culture, children and teenagers began to adopt some of these ghostly traditions here in Portugal as well. Mainly in big cities.

Nowadays, in Porto and Lisbon, for example, there are children who dress up in something and go celebrate Halloween on the 31st of October, just like what happens in the United States.

Many people also go out at night and go to theme parties.

However, this tradition is very new in Portugal and does not have the dimensions that it has in the United States (not even close!).

We do have other lesser known traditions, but older in Portugal.

But before I tell you about these traditions, I’m going to give you some translations of “Halloween-y” words (I think I just made up a new word).

Trick or Treat – (a) Doçura ou (a) Travessura

So these are some of the words that are related to Halloween and that are starting to be used around here around this time of the year.

But don’t think that there is no controversy about the theme:

I know that there are some people that don’t think Halloween is funny, and that don’t want this tradition to “invade” Portugal.

What about you, do you think the mixture of traditions is good? Or do you think it’s better that Halloween and other festivities from other countries are not adopted in Portugal?

Let me know what you think in the comments below.

But, as I said before, there are other traditions that are more Portuguese, or at least older here in Portugal.

A tradition that happens mainly in smaller lands and towns in Portugal is:

This is similar to “Trick or Treat”. In fact, in Bread for God, children also go from door to door to ask for this bread for God. This bread is offered in honor of those who have passed away, or at least it was so, when the tradition began.

Some say that this tradition originated in 1755, after a very large earthquake struck Lisbon, leaving many people with nothing. These people had to go begging for bread to survive, on November 1st (the day of such earthquake) and the following days.

From then on, the tradition of Bread for God is celebrated every year on November 1st, in various parts of the country.

The children gather and go from door to door, reciting verses such as:

To me and to you,

To give to the deceased

Who are dead and buried

To the beautiful, beautiful cross

Sitting on a stool

To come and give a penny.

Oh aunt, give Bread-for-God? If you don’t have it, may God give it to you!

Bread for God, Faithful to God, Cookie in the bag, Go with God.

Other names for Pão por Deus

This tradition also has other names, being also called “Dia do Bolinho”(“Cookie Day”), “Fiéis de Deus”(“God’s faithful”), “Santorinho” and some other names.

If in the past, children received only bread, nowadays they can receive several things. Adults give them things like baked goods, chocolates, sweets, nuts, fruits, and even money.

Although it exists and is repeated every year in many places in Portugal, I have to admit that I didn’t know this tradition. I got to know it through some of my students that live in southern (and centre) Portugal and who told me about it.

We are always learning, aren’t we?

So, Dia de Todos os Santos (All Saints’ Day) is celebrated in Portugal and in many other places in the world. It is a Christian holiday, where all saints, known or not, are celebrated.

In Portugal, people go to church to celebrate this important day and it is also a time when families go to the cemeteries to clean and fix the graves of their departed loved ones.

On this day, if you go by any Portuguese cemetery, you will see a lot of people there. People also decorate cemeteries with flowers of all colours and candles. Perhaps for this reason, many people associate the smell of a freshly extinguished candle to cemeteries.

After November 1st, and still in this spirit of celebration for those who have already departed, November 2nd is celebrated as “O Dia dos Fiéis Defuntos” (“All Souls Day”), better known as “Dia dos Finados (“Day of the Dead”) or just as “Fiéis” (“the Faithful”).

Perhaps you have already heard of “Día de Los Muertos” that is celebrated in Mexico, as this is one of the most famous celebrations worldwide.

In Portugal, people continue to go to cemeteries and visit their loved ones buried there, paying homage to them and remembering them.

And in your country, do you also celebrate any of these dates? Do you also have these or any other traditions?

Let me know in the comments below!

And have a good weekend! 🙂

If you want to know more about other Portuguese traditions, check out this article about Christmas here. Or this one about New Year here!

See you next time!