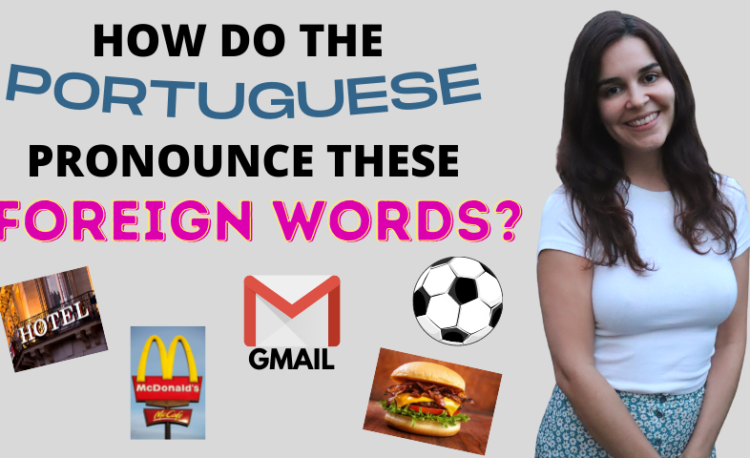 Hello! In today’s article, I will be speaking about European Portuguese pronunciation of foreign words. I will show you some foreign words that we are pronouncing differently in Portuguese.

Below you can find a list of all the words. In order to hear the pronunciation of them, you can check out the video about this topic on Youtube:

So, there are some words of foreign origin that we, Portuguese, adopted and use in our daily lives. Many of these words are used several times a day by many people.

And today I’m going to tell you how to pronounce certain words of foreign origin, in Portuguese.

How to pronounce McDonald’s in Portuguese

The first word is this one:

We say “MacDonalds”. Or we often just say “Mac”.

The Portuguese pronunciation for Cheeseburger

The second word is this one:

We don’t say “Cheeseburger”, but we say “Sheeseburger”. This CH in Portuguese is read as SH, as if it were an SH. So we say “SHeeseburger”.

How to pronounce Menu the Portuguese way

The third word I want to talk to you about is this one:

Dominik said “Menü”, because in many languages ​​the U will sound like an Ü.

How do the Portuguese pronounce Gmail and the @-Symbol?

Also related to emails, we have this little symbol here “@“. We say “arroba” for this symbol. This is just an extra, because I think it’s important for you to know this.

Hotel and Hamburger – Important: The H in Portuguese is SILENT

The next word of foreign origin is this one:

The H in Portuguese is silent. That means we’re going to say this word like this: “Otel”, “Otel”. You don’t hear an H at the beginning. We just say “otel”.

How to pronounce these sports in Portuguese

Another word of foreign origin that reads a little differently is this one:

Another sport that is also written and read a little differently is this one:

And yet another one, this one:

Finally, we have two more words that are also sports, which is this one:

And finally, this one:

Don’t forget that the S at the end of words will read as SH, so this word is read as “Ténish”, “Ténish”.

These were some words of foreign origin that are read a little differently in Portuguese. And you? Are you also going to try to say these words in “Portuguese” now? I hope so!

See you in the next video!