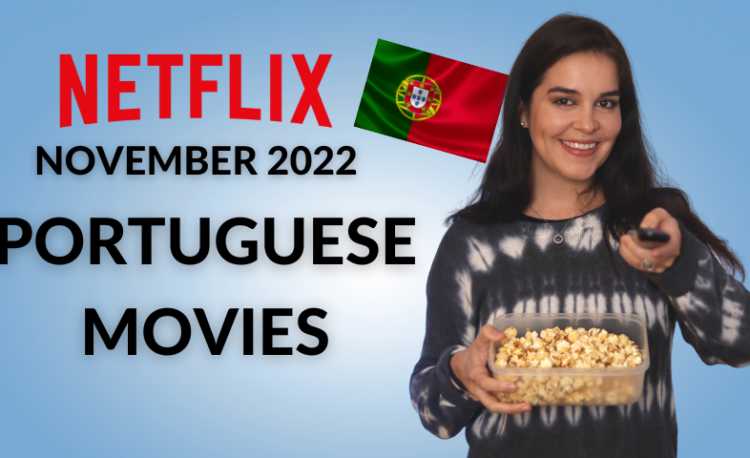 I’ve got news. There are 5 Portuguese Movies on Netflix available from November 2022 onwards.

It is true! There are five new Portuguese movies on Netflix, and they are even more special because they were made by women…

These films were selected by a jury about a year ago to appear on Netflix, because of a partnership that exists between this platform and the Academia Portuguesa de Cinema!

The films chosen for were as follows:

1. “A Metamorfose dos Pássaros”, by Catarina Vasconcelos and produced by Joana Gusmão.

This film tells the story of the director’s family and her lineage, starting with her grandmother Beatriz and her grandfather Henrique, who got married at 21, and going down to her.

2. “Soa”, by Raquel Castro, produced by Joana Ferreira and Sara Simões, with the script written by Isabel Machado.

This film focuses on the fact that we are surrounded by sounds, without even realizing it, and the impact they have on us. In my opinion, an interesting topic and still not much talked about.

Many women, once again!

It tells the story of a middle-aged woman who sets out to discover herself and her missing son aboard a sailboat called “A Flor do Mar”. It may seem simple, but this film seems to touch on important issues such as the reality of migrations and refugees, the reality of midlife crises, among other relevant topics.

This film tells us about a boy, Simon, and his “internal struggle” with the reality in which he lives. His parents are divorced and can’t seem to move forward with their lives, and it affects Simon. Thus, he questions himself about his life.

In addition to these four films by Portuguese directors, producers and screenwriters, another one by a Portuguese-Brazilian director was also chosen:

This film, in turn, tells of a young woman who disappears, leaving her husband and son behind, in despair, not knowing what happened to her.

This initiative of the Academia Portuguesa de Cinema not only gives more visibility to the work of Portuguese women who have produced, directed, or written Portuguese films, but also to Portuguese cinema itself.

This partnership allows Netflix to promote these films for a year, which is very good for those who are learning Portuguese and enjoy films and learning through cinema!

I believe that this is a very good method to learn a language, as it helps them to learn it naturally, and also to see a little of the culture, the way people talk, and the customs of the country. In addition, the films also show us a few different realities, which we might not see otherwise.

So, if you want to learn Portuguese more naturally, don’t forget to go see these films. If you want to have interactive subtitles, which help you with the task of understanding what is being said and give you the translation, do not hesitate to download the Chrome extension called “Language Reactor” or “Language Learning with Netflix (and YouTube)”. I talk more about these extensions in this video:

To be honest with you, I haven’t seen any of the five new Portuguese movies yet, but I’ll try to see them soon. They are available on Netflix Portugal and also worldwide (at least, that’s what I read). So go find them, check them out, and tell me what you think!

I’ll do it too and maybe write an article after this one, telling you what I thought of the films. We will see…

Learning Portuguese in more natural ways is really good, so if you later want to know more tricks on how to learn Portuguese in an effective and simple way, I invite you to come and see my free one-hour Portuguese class.