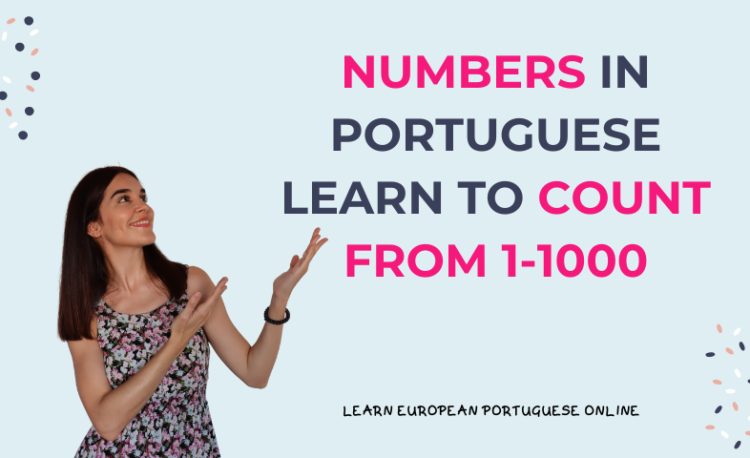 In this post I will be telling you all about the Numbers in Portuguese till 1000!

You will see that except from some minor exceptions, numbers in European Portuguese make quite a lot of sense!

To study Portuguese numbers, try to use them in sentences everyday of your Portuguese practise (or everyday in the interaction with other people if you are in a Portuguese speaking country) as much as you can.

I found out along the years that numbers are always a dread for students of any language. It is a bit like Math ahah! But have no fear. I will try to make the European Portuguese Numbers easy for you to get them!

So, with no further ado, let us start! 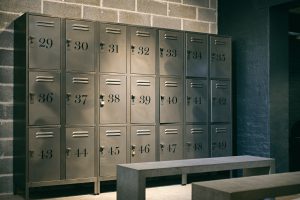 These are the first ten numbers in Portuguese, as you can see, and they constitute the basics for many of the numbers that follow. I highlighted “um/uma” and “dois/duas”, because these can take the masculine and the feminine forms. This will be further explained below, as well as all the other highlighted numbers.

Now let us take a look at the following numbers:

So now we are done with the “worst” part. Once you know these numbers, you will be able to go further very easily. From now on, you just have to add the first nine numbers to the ones that come next. It seems a bit hard when explained, but just do as follows:

Be aware that there are some spelling differences between European Portuguese and Brazilian Portuguese, also concerning numbers.

In this case I am covering European Portuguese, so if you are studying the Brazilian variant, you should check the differences before you move on.

Also, if you want to find out more about differences between these two kinds of Portuguese, you can go to my previous blog post here.

Can you think of it?

How would it be?

(Check out the answer at the end of this post).

Another thing you should take into consideration is that the numbers 200 to 900 can also take the feminine version of the word. That happens when the subject of the sentence is feminine, like in the example “Eu tenho quinhentas cadeiras”, which means “I have 500 chairs” (seriously, does anyone have so many chairs? aha!). “Chair” is feminine and therefore the number takes the feminine form.

And now, the “grand finale”, we reached our super-duper amazing number 1000 in European Portuguese.

Yes, such a big fuss for such a small word. But well, it is an important one to know! 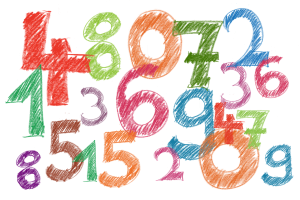 As I previously mentioned, these numbers are the only ones that assume masculine, feminine, singular and plural forms. So, if I want to say “One/A chair”, I will say “Uma cadeira”. On the other hand, if I want to say “Two chairs”, I will have to use the form “Duas cadeiras”. If the word is masculine, however, I will use the masculine forms. So, let´s say we wanted to write “One/A boy”, we would have to use “Um rapaz”, and if we wanted to say “Two boys”, we would have to write “Dois rapazes”. Simple, or?

Be also aware that when you have numbers that use 1 or 2 (besides the obvious numbers 1 and 2), like 101, 202, 302 and so on, you also have to adapt it to the feminine or masculine forms, depending on the subject. So, if you say “101 chairs”, you will have to say “Cento e Uma cadeiras”. Chair is feminine and therefore I have to adopt the feminine version of the number. On the other hand, if I were to say “202 cars”, as “carros” is masculine I would say “Duzentos e dois carros”, thus using the masculine form of the number.

While teaching European Portuguese to different students along the years, I realised that many of them have difficulties distinguishing between três e treze, especially in terms of pronunciation. If you happen to be one of these people, please check the audio helpers I posted within this post.

Do you still remember these numbers? They mean five, fifteen, fifty and five hundred and just like in the previous case I mentioned, many students tend to mix them up pretty badly. If you need some audio aids, please refer to the audio examples I posted along with these numbers.

So, I hope you have enjoyed this post, at least as much as I enjoyed putting it together. I am going to say goodbye for now, but before here is the answer to the little quiz above:

There are more exercises available in the materials section. Make sure to check them out.

If you got all these numbers right, well done! If not, just don’t give up and keep trying and I am sure you will get there in no time!

Counting in Portuguese is also an important part of my European Portuguese Master Course. I cover this and many other topics in detailed video lectures.

Do you have any questions about the Numbers in Portuguese? Is it difficult to learn Portuguese Numbers?

Please leave a comment below and let me know =)